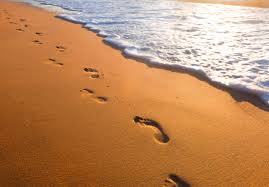 Changes – some painful, some joyful or even ecstatic, some that come simply with the turning  of the Earth.This time last  year, somehow I had a feeling that 2014 would be a year of changes… and I was right. Maybe,on reflection, any 12 month period will see change anyway. But this one was fully charged… quite glad to start on a new one tomorrow.

I became painfully aware of how much my fellow humans engage in preferential thinking and suppose it to be realistic. Preferential thinking is either/or thinking – this/that, good/bad, right/wrong, you/me etc, the pairs going through and through one’s world view.  The problem comes when the mind chooses one side of the equation because it likes it better – and then supposes that it is reality itself that accounts for it.

So rusted on to “this is what I want, this is the way I like to look at it, I am the one who can say how things ought to be. If it is not the way I like it, somebody must be to blame”. But what happens when life doesn’t go along with the preference?

This year I lost an old friend to the process, a friend that I have always thought of as a sister. The preferences and fantasies of her youth no longer work. Yet she persists in the patterns that give rise to them even though they have led her to homelessness and insufficient funds for retirement. And so now she says to me, “You have gone on a completely different path from me”.  She doesn’t want to know about my life, or what I do, or teach, or say, or write, or about the people who surround me… too different, too hard. I ache for her and the choices she has made and still makes, and the thinking that generates them. And I grieve for the loss of my sister.

Actually, we are both on the path we tramped side by side as children. It’s just that, as children, we don’t see the implications of each other’s patterns.

Ah, what an eruption! How does one even talk about it without upsetting someone else?  When a spiritual community implodes, the mountain of group-think explodes like a volcano, spewing hurt and pain and polarised attitudes as each individual’s pattern of preferential thinking collides with the reality of how things are.  And the patterns, if they have never been explored, smash around like molten rocks, burning whatever they touch.

My guru – ah, such pain.. Whatever has gone into the situation will play out… reality will have its way whatever I think.

With all my heart, I wish healing to that community.

Death is the close companion of wisdom. Curious how unwisely we live, to be shocked by death. Many around me have elderly parents, and this year, some have died – some clinging, some just slipping away. For one of the group, it was an old dog who had been a loved companion for many years. With each death a sadness, and yet also a sweetness… the inevitability of dying is the bittersweet of living.  Patanjali calls resistance to death “abhinivesa”.  Yet I think we cling more to the illusion of personal self. We want it to be immortal. It is the mind’s idea of itself that does not lie down easily. The body just stops functioning when it is time.

A sister-in-law died this year. And my beautiful big brother will not see another birthday, another Christmas, another new year.  When a child is born, we gladly mark off the “first” of each experience.  I think we are privileged if we get enough notice to mark off the last of each experience.  Much love to you, my brother, I will see you for the last New Year tomorrow.

I granted sannyas to a person seeking it.  She now teaches independently.

You could read Monistic Not Monastic if you want to see what sannyas implies. There is a discipline in spiritual life, and it is one of constantly looking to see what your patterns are so as to be free of them. The most significant and most entrenched of our patterns is the whole idea of being a someone, this one as opposed to that one.

Once an individual takes sannyas, they soon find out whether they are capable of such deep and demanding inner work. Not everyone is.

Oh, so satisfying. When teacher-training students first arrive, they are bright-eyed, delightful, and very unaware. Then little by little as they do the work, something begins to change.  Oh, well, yes, they work at Asana, and they get to understand anatomy.  But the great changes are what comes with meditation, and with exploring their previously unexamined processes of preferential thinking. They discover the constructs and predictable reactions that create their sense of being a person. And when they get really going on that, my, how they change. Self-awareness grows, and with it their relationships change. Most relationships get better, some that were tenuous dissolve. They bring a realism to their thinking so that they are not just locked into the tantrums of either/or, want-it/don’t-want-it. They become aware of a sensory-feeling state which reliably indicates what is true, while they become a bit bored with empty opinions. They become steadier and more tolerant. And happy with themselves.  At that point I begin to think they might make good Yoga teachers!

And this year we re-opened The Dairy, a lovely meditative space in rural beauty, which had once been a dairy. A number of us were privileged to have retreat time there – just a couple of days of quiet.  We also had a get-together with local spiritual folk, and we had our inaugural One Day Retreat. Beautiful.

Oh, and this December, my fitness buddy and I completed 7 years of three times weekly weight lifting! Congratulations to us, me 66 and Jo 63. 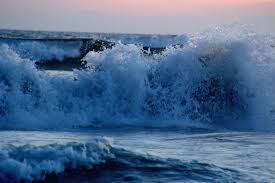 2015 was not a sweet flow on from 2014, in fact 2015 and 2016 were years of upheaval,  2017 has been a time of settling,  When life becomes turbulent, one has to ride the big waves and keep head above water – and do it with awareness and mindfulness, even while the waves toss one about. And when the waters calm, one sees the vast ocean of life.  What doesn’t drown you gives you more insight.

During the turbulent times, my dear brother did die.  He had a beautiful and peaceful death, and when I spoke of him at his funeral, I felt not only his presence but that of our family – all of them gone, leaving me behind… yet fully present and loving.  Sad and sweet.

I have been practising still-mind meditation since 1982, teaching still-mind meditation since 1989, and training teachers since 1999. The greatest life change for me has been a steady easefulness with its ups and downs, and an ability to love the difficult folks as well as the easy ones. The more profound changes aren't so easy to put into words.
View all posts by Mataji →
This entry was posted in Conversations with the Swami and tagged article, meditation, mistaking thought for reality, reality. Bookmark the permalink.