When was the last time you were angry?  Finding out about why we stress out is just the best thing we can do for ourselves. Learning how to deal with anger and stress is good for our health and wellbeing, and better for the people around us, too.

Anger is a stress response. Your pulse went up and so did your blood pressure. Hormones flooded your body. You may have felt hot or flushed.

Can you remember what caused it..?  How long did it take you to calm down again? (That is, how long until the body turned off the hormonal response, your pulse returned to  normal and your blood pressure lowered to a healthier rate…) Which is the best way to handle it – by meditating, practising mindfulness….or maybe by finding a way not to be angry in the first place?

I’m Mataji, and I’ve been angry,  just like you

The last time I was angry, it was a corker. Such a huge anger reaction, I think it frightened the people in the room with me. It certainly frightened me!   Do you know what it was a reaction to?  Nothing much.  Only that something that I had asked someone not to do, for years, did happen AGAIN!!  Why wouldn’t you get angry if nothing that you say reasonably makes any difference?

Well, there are lots of reasons for not reacting the same old way.  That takes some learning (eg what you learn in the Resilience course with me). You can spend your life blaming others, or you can begin to really look into the stream of events and emotions of life, really dive deep and see what the origin of them is. I’ll share more about that another time.  But what about you?

Quiet anger – is it better than roaring anger?

Maybe you are quietly angry rather than hot and loud… quietly resentful, deflecting the many times you’d love to just tell someone what you think of them, but you suck it up instead?  You probably think of yourself as heroic for doing it… but really, you are carrying the stress state of anger for much longer than someone who has a quick reaction and then lets go of it altogether.

You feel that you should be bigger than anger?

Maybe you don’t think of yourself as having anger management issues. People involved in meditation, yoga, mindfulness or any community where it is a given to let go of anger and other “bad” interpersonal reactions, often have a supposition that they MUST NOT BE ANGRY and so meditate till they feel calmer.

That’s really good, isn’t it?  The lovely peaceful state of meditation is not far away if we practice regularly, and we much more easily resume the good feeling towards ourselves and others. Anger and resentment give way to love much more readily.  And if it does not, perhaps you could reassess your meditation practice. But the question remains, why did you get angry in the first place?

Now  that sounds good, doesn’t it?  Mindfulness specifically aimed at bringing down the stress response and feeling better?  Being on purpose and in the moment… ooh, yes!  …um, what’s the purpose?

Some say it is like playing tennis – in the moment, fully purposeful. Hope not like McEnroe and other brats on the court.

The funny thing about both meditation and mindfulness, which makes it different from the focused attention of playing tennis, is that, really, whether you personally have a goal or not, the meditation state and the mindfulness state have to be free of goals. That’s a mind-boggling paradox.  It’s profound, meditation is a profound state, mindfulness can be a profound state,  and the premise of both is profoundly paradoxical.  Again, let’s talk about that at another time, because most practitioners barely scratch the surface. And there still is the problem of old assumptions and responses that you don’t even know about because they are so well hidden from your awareness – eg the reasons for which you get angry in the first place.  What do you suppose it is?

What about this then… forgiveness? With some practice in meditation or mindfulness, perhaps we find we can forgive ourselves more easily for our aberrations, our occasional bursts of anger. We might even be able to forgive the person we are angry with.  That’s real virtue, isn’t it?

Hmm, there could be a little something niggling at your peace, there… who are you to forgive another person… haven’t you first judged the other one?  Where there is no judgment, there is no need for forgiveness… but then, no judgement?  That’s crazy, the other person did the wrong thing!!

Fly in the ointment, glitch in the remedy 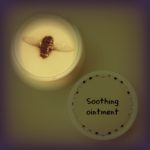 Oh…there is a glitch in this remedy though, isn’t there?  The glitch in forgiveness  or meditation or mindfulness, as a way of back to a calm state, is that anger and stress happens when someone does something they shouldn’t, and then you find yourself in a state that you don’t want to be in, and so then you meditate, or practice mindfulness, or forgive, or even go to the pub… to get rid of the anger and resentment. What’s the problem, the glitch, in that plan, the fly in the soothing ointment of self-nurture?  Obviously, it is that the “remedy” is applied after the incident of anger.

Wouldn’t it seem a better plan to figure out what is  happening before you do the anger number? And then maybe you don’t do the number in the first place.

Another really good outcome of doing so is that you might become more flexible in the way you negotiate for change.  That relies on bringing your old mind-assumptions to awareness so that  you can see what is happening before the reaction, before anger, before the stress state – and choose a different strategy.

In fact, you might become more resilient in the ups and downs of life!

Call Blackburn Meditation and Mindfulness about a Resilience program

I have been practising still-mind meditation since 1982, teaching still-mind meditation since 1989, and training teachers since 1999. The greatest life change for me has been a steady easefulness with its ups and downs, and an ability to love the difficult folks as well as the easy ones. The more profound changes aren't so easy to put into words.
View all posts by Mataji →
This entry was posted in Article, Conversations with the Swami, Meditation, Mindfulness, Resilience and tagged article, meditation, mindfulness, resilience. Bookmark the permalink.